Sadly, the foal had been abandoned.Those who have a heart for animals will never abandon those in need.

We would do our best to rescue animals whenever we see them or when people call us for help because we believe that every life is valuable.This is especially true when it comes to babies or young animals who have been abandoned by their mothers.It breaks our hearts to see such helpless lives left to their own devices.A couple received word that a foal had been abandoned on private property. 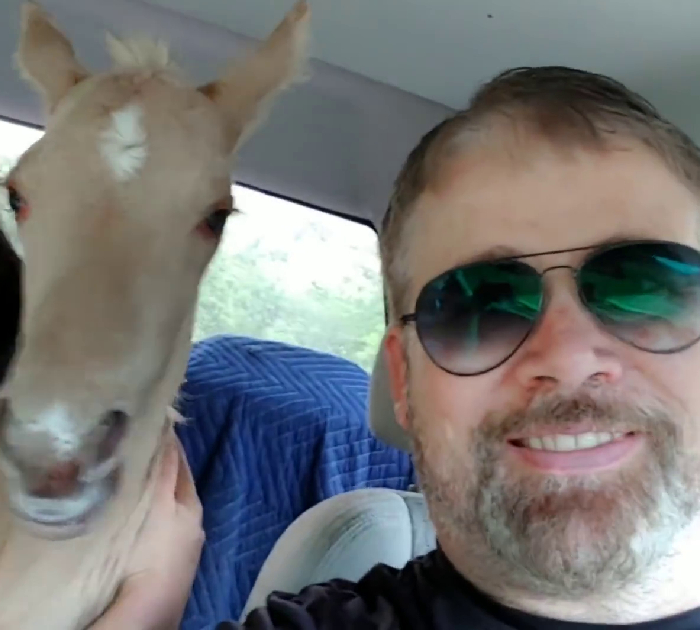 After learning that a newly born foal had been abandoned by its mother within the premises, the couple drove down a rock quarry in Mingo.Despite their injuries, they continued on their mission to save the poor baby.They were technically trespassing, but they both knew they had to save the foal.They noticed that the property was large, which made the rescue more difficult.

It seemed impossible to look for a single foal in such a vast and desolate area.Fortunately, members of the nearby community offered to assist the couple in their search for the baby horse.They needed that assistance because time was of the essence.The woman eventually located the foal, but he appeared to be weak and dehydrated.

As first aid, they brought corn syrup and water with them.They loaded the young horse into their car and began feeding him corn syrup.He was obviously hungry because he had been alone in that area for five hours with no mother to nurse or feed him.A mare abandoning her foal is normal, but it happens infrequently.

A mother horse watches her baby as soon as she gives birth to them.They should be able to stand in thirty minutes and walk in two hours.If they are unable or unwilling to do so, the mother regards her foal as a liability, especially in the wild, and rejects or abandons them, returning to her herd.This is why rescuers must also provide nutritional supplements for the baby.The couple drove him to the nearest Tractor Supply Co. to get some milk.

They purchased some Colostrum supplements, as well as a feeding bottle and water.The cashier assisted them in preparing the Colostrum milk after learning about their emergency, so it appeared that good Samaritans were sent to them that day.They attempted to feed the foal, but it was difficult.

He struggled to feed from bottles because he didn’t know how to suckle and couldn’t nurse from his mother.They still tried and forced him to drink a little so he could survive the rest of the journey.The couple turned the foal over to Bella Run Equine, a specialty rescue.

This organization specializes in caring for horses, both adult and young, after they have been rescued.They have been preventing horses from being sold or traded for meat.It was a wise decision for the couple to seek professional help.

In the video below, you can see their emotional rescue and their efforts to save the foal.