A call came to the police in Florida about a poor dog, who was found tied to a pole! Fortunately, Angela Laurella, a police officer, arrived to the scene to help the dog who was struggling as the temperature was almost 100 Fahrenheit! 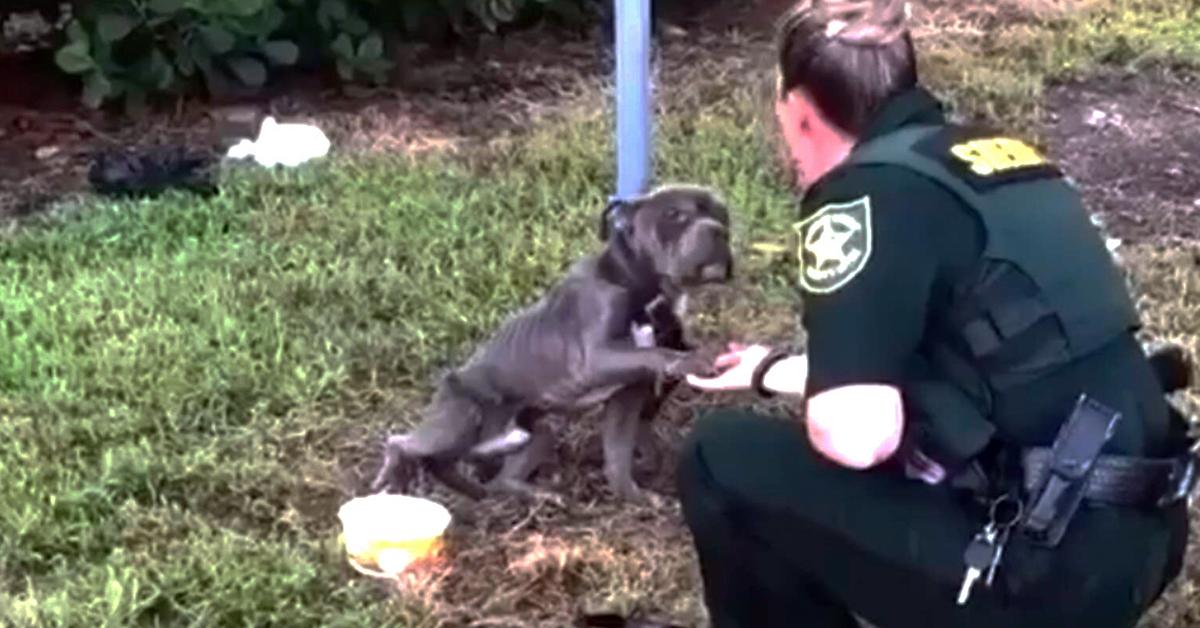 She called 100+ Abandoned Dogs of Everglades Florida to take the dog, who was named Liam. Thankfully, they directly agreed to take the dog in. Amy Roman, the founder and president of the organization, decided to foster the dog till she finds a forever home for him. The good thing is that the dog will never be forced to struggle again.

Watch the video below.